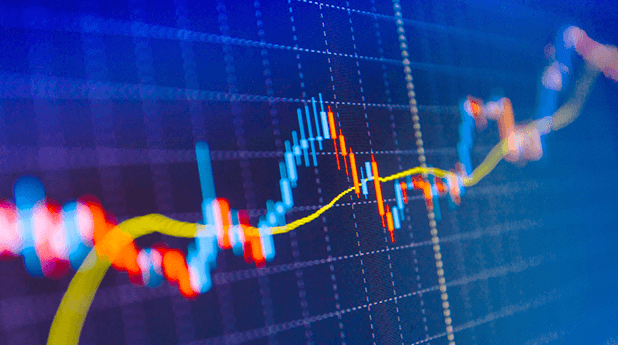 World share markets reached new highs in August and early September before reversing most of the quarter’s gains in the final month of the September 2021 quarter as some global indicators pointed to slowing economic momentum in the US and China, and fears over the spread of the Delta variant continued to mount. Notably in China, economic growth slowed as credit and regulatory conditions were tightened. More recently, global share markets have also been more cautiously positioned following reports suggesting that China’s largest property developer— the Evergrande Group—is facing a financial and liquidity crunch with ~US$305 billion worth of liabilities. A debt default presents a potential systemic risk to China’s financial system and may have broader implications for consumer sentiment but we believe Chinese lawmakers will do whatever it takes to prevent contagion across the property sector and the wider economy in order to maintain financial stability.

The MSCI All Country World Index declined 1.5% to 710 points for the September quarter, the S&P 500 Index edged up 0.2% to 4,308 points and China’s Shanghai Composite Index was down 0.6% to 3,568 points. Domestically, the Australian S&P/ASX 200 Index rose 0.3% to 7,332 points with the Energy and Industrials sectors the standouts— rallying 7.6% and 5.9% respectively. By contrast, the Materials sector was the weakest and the only sector in negative territory, down 13.3% as a sharp decline in iron ore prices weighed on some of the major miners.

Locally, the recent Delta outbreak has upended domestic activity in Australia, with the two most populous states, NSW and VlC, subjected to extended lockdowns for most of the quarter. However, this did not dampen investor sentiment which was preoccupied with yet another strong earnings season in August, albeit with a cautious undertone on the back of uncertainties surrounding the second half of this calendar year as lockdowns became more severe. Some companies that outperformed and had strong earnings upgrades included Amcor, Goodman Group, Suncorp Group, ASX, and Coles Group. On the other hand, we had disappointing results from the a2 Milk Company, Scentre Group, and Newcrest Mining.

In commodities, gold finished the quarter slightly lower, down 0.7% to US$1,757/ounce, and Brent oil lifted 5% to ~US$79/barrel supported by the ‘reflation trade’ as demand continued to recover while supply remained constrained. After soaring to unanticipated levels of ~US$230/tonne, the quoted iron ore price tumbled 44% to ~US$119/tonne due to a lower demand on the back of emission-related steel production cuts in China as well as seasonal slowdowns.

Domestically, the Reserve Bank of Australia (RBA) continues to hold the cash rate at an historic low of 0.10% noting it will not increase the cash rate until actual inflation is sustainably within the 2% to 3% target range. As domestic inflation remains muted, the RBA is likely to maintain its no rate hike stance until 2024 at the earliest, and it is also continuing its quantitative easing program (QE) to purchase government bonds at the rate of $4 billion a week until at least mid-February 2022 in order to further support economic recovery.

The Australian dollar finished the quarter lower at ~US72 cents, primarily on the back of a steep fall in the iron ore price, a strong US dollar and mounting concerns over the Delta variant. We expect it to oscillate around the current ~72 cents for the remaining part of this calendar year.

The latest Australian GDP data showed the economy advanced 0.7% in the June 2021 quarter (higher than expectations of 0.5%) supported by continued growth across household spending and a rebound in government expenditure. The most recent underlying inflation rate of 1.6% continues to remain below the RBA’s target range of between 2% and 3% and the resilient labour market trend continued with the unemployment rate decreasing further to 4.5% in August. However, due to extended lockdowns for most of the third quarter, we expect a significant reduction in GDP before it improves again as the economy reopens in the final quarter on the back of high vaccination rates.

Against the global backdrop of an abating pandemic crisis and economic recovery, we now expect the world economy to expand by a solid 5.8% in CY21 and then a lower 4.4% in CY22. As regards the Australian economy, we forecast an expansion of 3.5% in CY21 and then 3.0% in CY22.

All up, accelerating vaccination rates and greater clarity on the path to reopening the economy should allow investors to look through the current weakness in the second half of this year to a still creditable outlook for the economy and corporate earnings in 2022 with investors positioning once again towards the reflation and reopening themes in share markets. Against this background, the Australian share market is currently valued on a forward consensus price earnings ratio of 16.7x, which is 14% above the long term average of 14.6x. The forward consensus dividend yield for the Australian share market is 4.0% (80% franked) —or 5.4% grossed-up.

We would like to reiterate our ‘Champion Stocks’ which have a long term positive thematic over the coming years and, therefore, we are not particularly concerned about the current year’s investment arithmetic or the analyst’s twelve month buy-hold-sell rating. Our ‘Champion Stocks’ are: Amcor, Brambles, Challenger, CSL, Goodman Group, Lendlease Group, Netwealth Group, Sonic Healthcare, and Transurban Group.

For those investors looking to gain exposure in the global share markets, we have recently produced an international investor report, ‘Looking for growth outside the S&P 500’. This report identifies five large-cap companies that trade on a similar prospective PER as that of the S&P 500 but, at the same time, have generated superior EPS growth and profit margins. Our preferred “S&P Beaters” are ASML Holding, OBIC Co, Shimano, Novo Nordisk, and Ashtead Group─ all are buy rated by the analysts.

These and more reports can be accessed online via the ‘client-only’ area of the Bell Potter website https://clientaccess.bellpotter.com.au/login

If you would like to discuss any of these strategies further, please contact your Bell Potter adviser.